Over 85% of the Brazilian population lives in urban areas as a result of extensive urbanization in recent decades. These densely populated urban areas are the principal nodes emitting air pollutants and greenhouse gases. Despite considerable reductions in emissions during the most recent years, air pollution (especially with respect to ozone and fine particulate matter PM2.5) in Brazil still poses unacceptable risks to humans and the environment and is the top environmental risk factor of premature death in Brazil. Besides, heat waves, drought and flooding represent the major climatic risks that threaten the urban sustainability and the growing population of Brazilian cities. These stressors may be impacted by future changes in the global climate as well as the continued expansion of the emissions in these regions.

KLIMAPOLIS will operate in diverse urban environments across Brazil (São Paulo, Recife, Natal, and Fortaleza) and focus on the major sources of carbon emission (in particular transport). The wider city-scale boundary source conditions i.e. industry, agriculture, and trans-boundary pollution are taken into account through state-of-the-art modelling tools. A particular innovation is that the climate change and air pollution mitigation options are driven by user needs and tested in real urban environments, taking into account local governance structures. 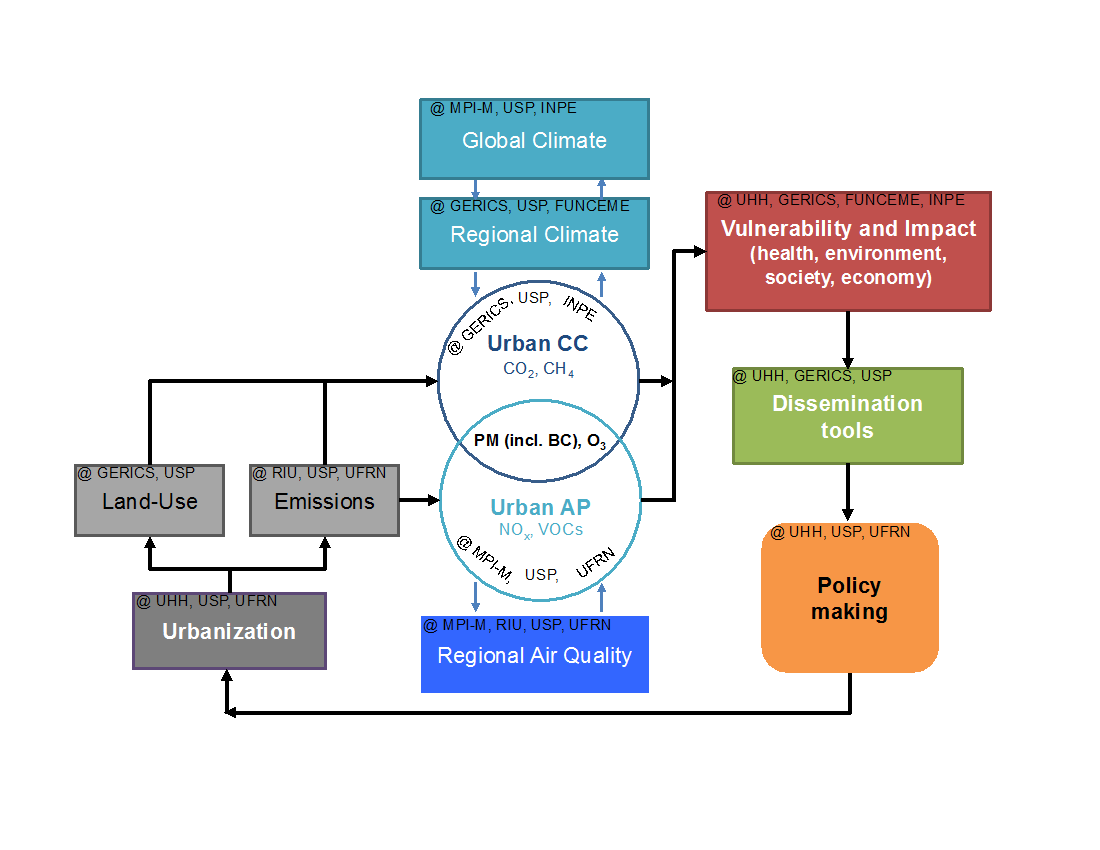 The major objectives of KLIMAPOLIS are: