Given how long and convective the stratiform layers are in their own right, I wonder if maybe the large drops reflect their own dynamics. There is some evidence for this in a nice system that passed by yesterday at around 15Z, where I have pieced together three of the hourly BCO radar snapshots.

The top image in A1 is radar reflectivity, the lower doppler velocity. For the doppler velocity the opposite signs in the rabbit ears at 14:20 identify them as side-lobe signals, so disregard this prominent feature. More interesting is how persistent the thin stratiform layer is and all the red hues indicative of weak updrafts. I am more thinking that the convective pulse is a moisture source, which then radiatively cools in the very dry atmosphere to develop and maintain a stratiform layer in situ, i.e., under its own dynamics. Here the rather clean air  and weak vertical velocities (but they are there, i.e., see the convective trace even in the thin layers at 13:15) would be consistent with the large drops.

I’m reading Raphaela’s draft paper where she looks at similar things, and I can’t help based on my experiences with the ATEX cases but to think that here the LES will be unreliable, and whether or not out of that study (which you are advising) one might form some further hypotheses that we can test with the preEUREC4A data, let alone EUREC4A …  (maybe you did, I am not done yet ;-) … more on that later.

As for the dryness and definition of the trade wind layer these days, check this out the backscatter plot from yesterday (A2) and the depolorization ratio (A3) and humidity (A4) from the day before (for some reason yesterdays full lidar pdf is corrupted) … it is wickedly dry and the gradients are fantastic. 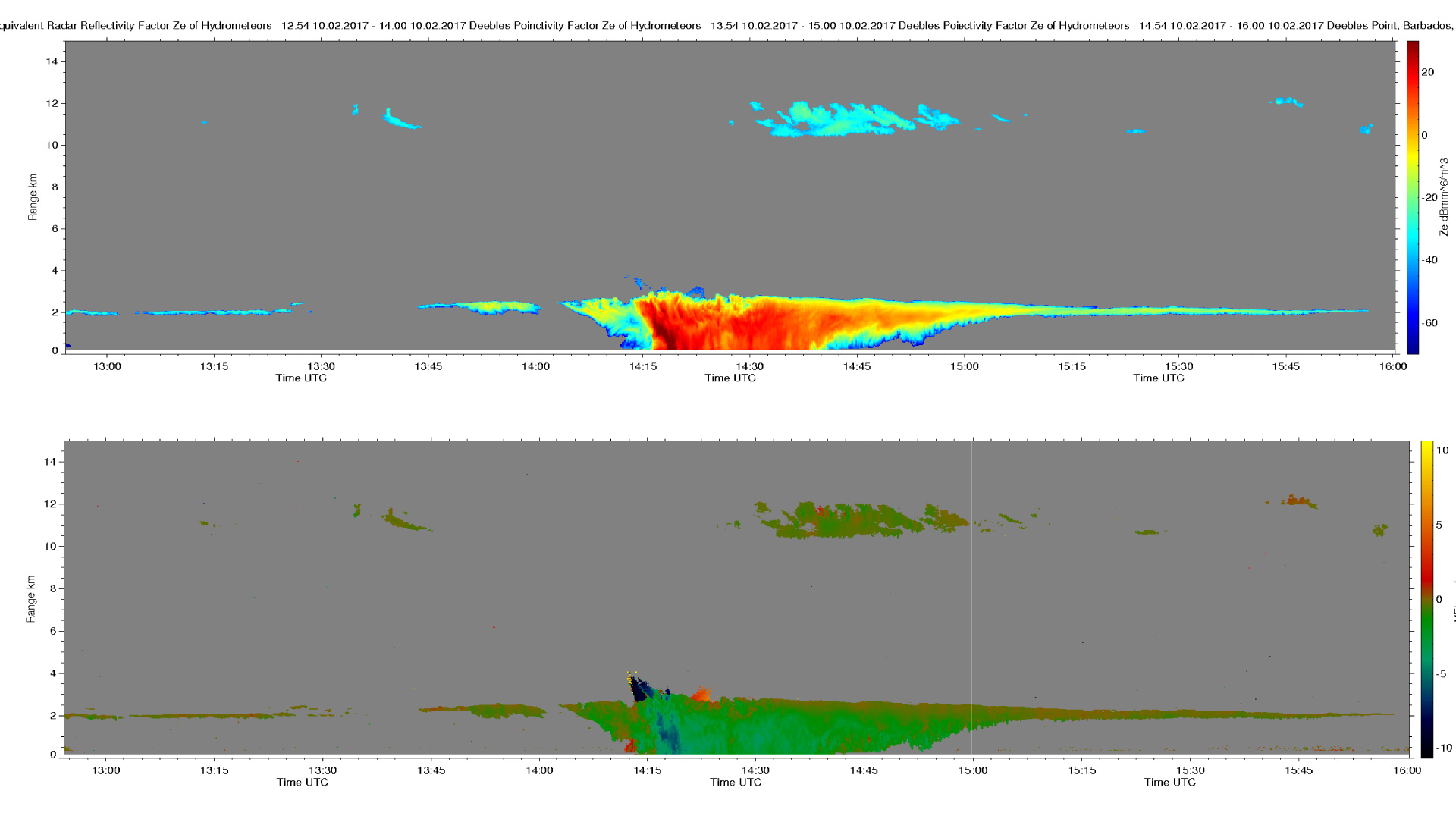 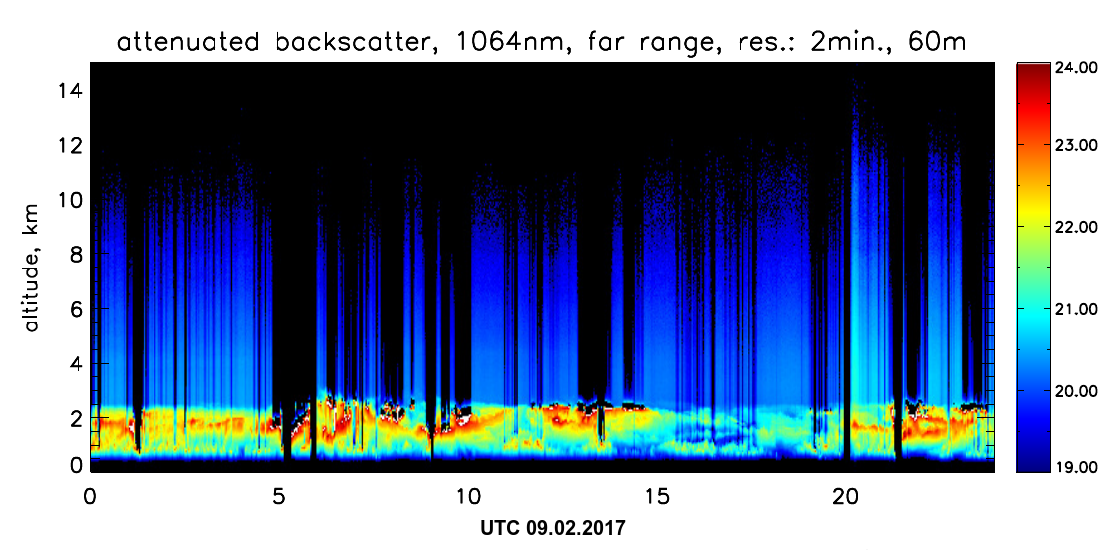 I also could not resist sending yesterday’s weather summary. In A1 you get the picture for the whole day. For A2 the blow up and conversion from RH to Q and MSE.
To note:

1. the precipitation feature is accompanied by a strong shower, 10 mm/h can be described as heavy rain, but it is short-lived, a few minutes.
2. the Humidity spikes, but the atmosphere is actually drier and associated with a MSE deficit after the pulse of rain. (A2)
3. winds drop and turn associated with the mesoscale dynamics (A1).
4. from yesterday’s MODIS upwind of Barbados, away from the high clouds: look at how effective these circulation are at suppressing low clouds away from the fronts around which they organize.(A3) 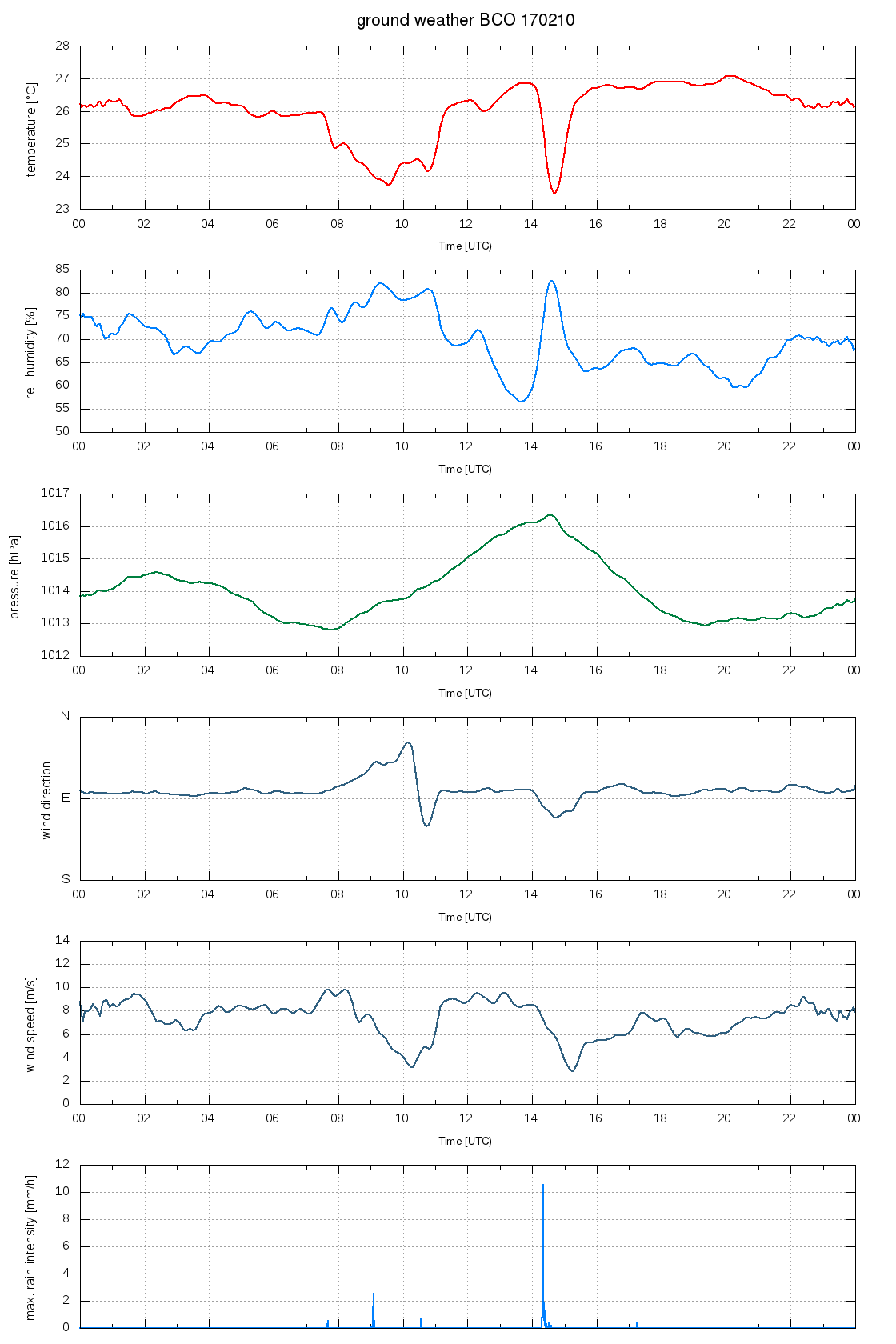 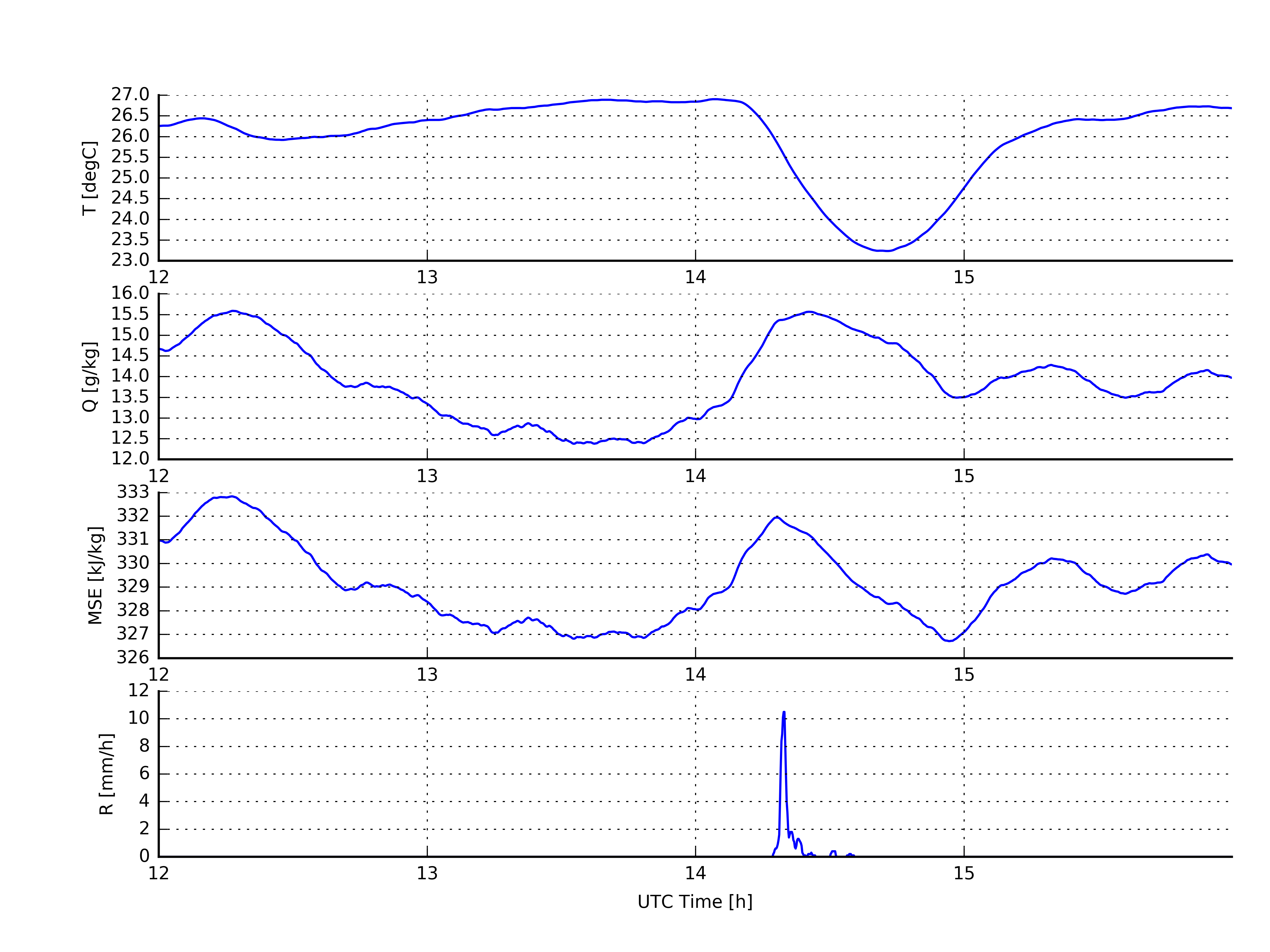 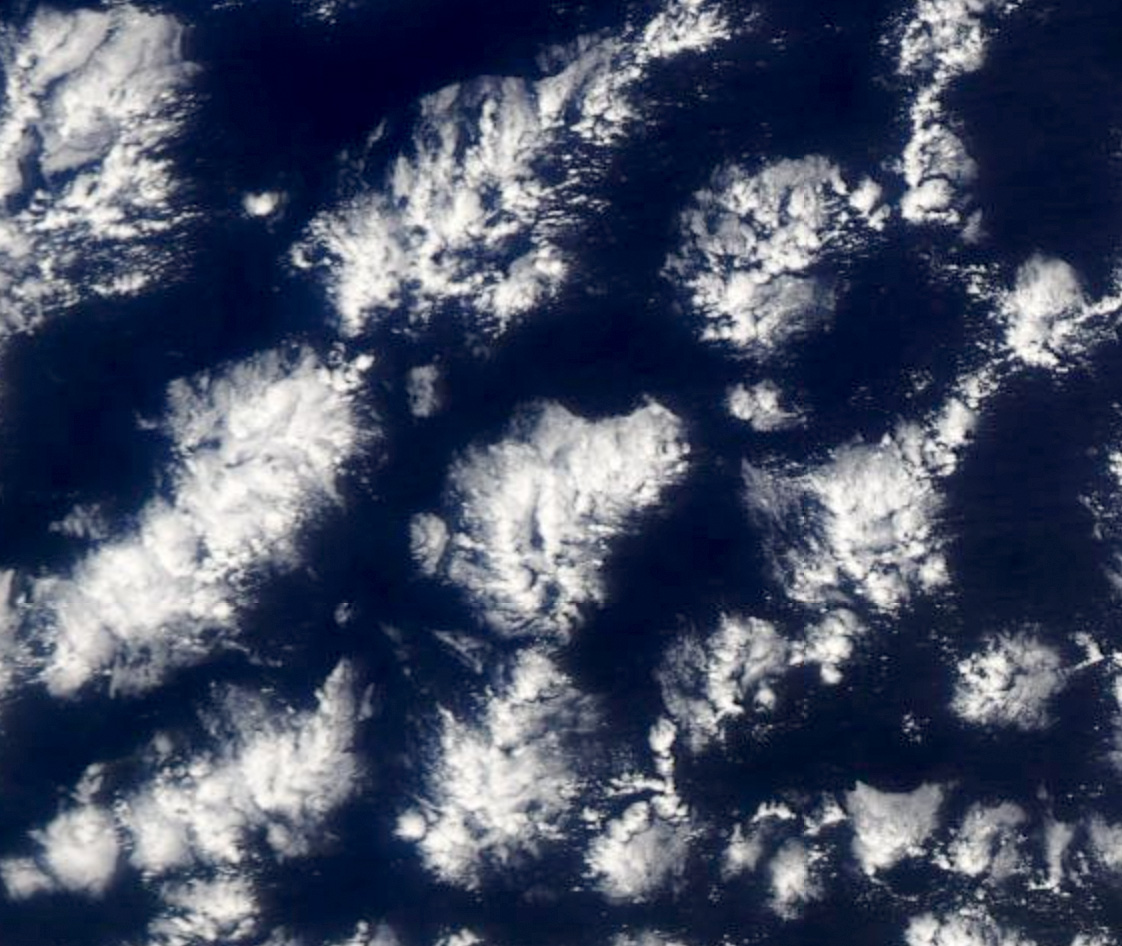