Day 33 and we still don’t have access to the site. I hope we get access before the mission ends. Today I thought to take a large-scale snapshot as something came up in class that seems to relate to the synoptic situation. Attached (A1 and A2) are two contour plots from Megha Tropiques made by Marc Prange, a master student at the university of Hamburg who is participating in my seminar on the Atlantic ITCZ.

Marc has been looking at the 650-700 hPa humidity from the SAPHIR instrument on Megha Tropiques. In the plots RH at this level is plotted versus day of month and latitude. What you see is the regions where the atmosphere is rather moist near the freezing level, with contours at 50, 60 and 70 % layer RH. The plots are for three regions in the Atlantic: the west (45 deg); the central (30 deg) and the east (25), for August (upper) and December (lower).

They show:
- the ITCZ as a rather uninterrupted band of high humidity
- it is further poleward in August
- moisture excursions, about five per month, maybe more frequently in August
- more extended in December

This creates the impression of Easterly waves in the summer, and you can see the propagation of the northward excursions as they move from east to west. But on also seems large excursions in December, and though less frequently they seem more connected to the mid-latitudes, where I guess they are also associated with baroclinic eddies or atmospheric rivers?

After looking at Marc’s plots today (sorry Marc I did not say I would share them with the list) I looked at world view (A2), and one sees the band of cloud stretching down to Barbados (are you good at finding it now; it is in the very clear skies just south of the band of white in the middle of the Aqua overpass (left most swath).  Interesting also is the structure of the iTCZ mostly as a very thin line which blows up into clusters in the west, and the amount of dust in the deeper layer of easterlies south of Barbados… Barbados has not dust in the winter because the winds are usually westerly above 4km.

But my real point is that even in February, and certainly in December, we might have visitors from the Mid-Latitudes… kind of like the inlaws coming home for christmas … or valentines day as it may be. 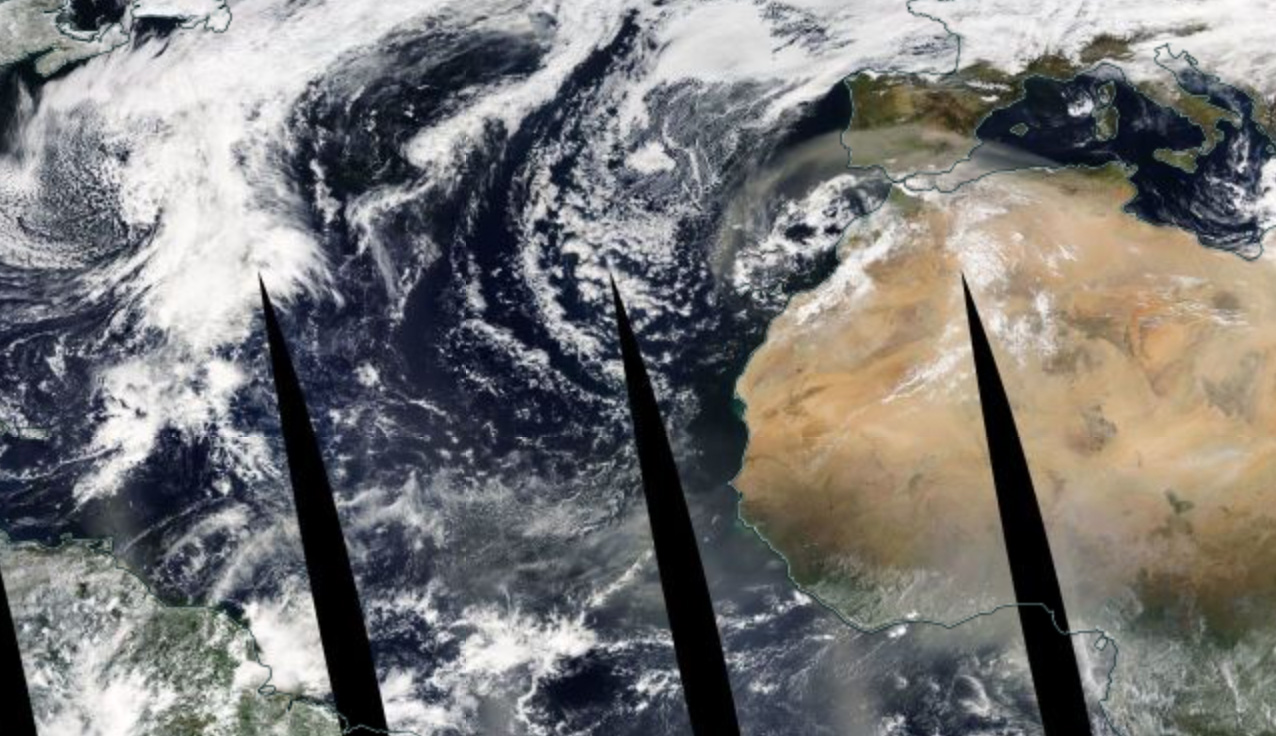