Maybe this gets old for you, but watching the site each day I am astonished by how often the following radar picture (illustrated in platonic purity in A1) describes what we see. The Terra (A2, red is clouds interpreted by TERRA as having tops above 2350 m) overpass was at 14:20 UTC and there was not much stratiform cloud to see, apparently we just missed the deeper stuff to the south (only very shallow convection seen at 14Z), but seeing the convection upstream of Barbados helps interpret the 15Z radar imager (A3).

Hopefully the imagery can give you a sense of how tenuous the stratiform cloud layer is, and looking closely at MODIS  it is possible to infer how much of the cloud is really associated with this stratiform fraction and what part can be put down to more convective elements actively coupling the PBL (below 600m) with the layer at 2 km. We seem to see more of it in February than in December, or maybe it is just this year.

Aren’t you already looking forward to me filling your email boxes next year. But if you think about it, if we want to understand cloud fraction we need to understand what controls these convective patches that help sustain the inversion. My feeling is that there is a world of mesoscale, in part organized by the radiative cooling that comes from the convective moisture and condensate transport itself. EUREC4A will be the first experiment really equipped to test this idea. 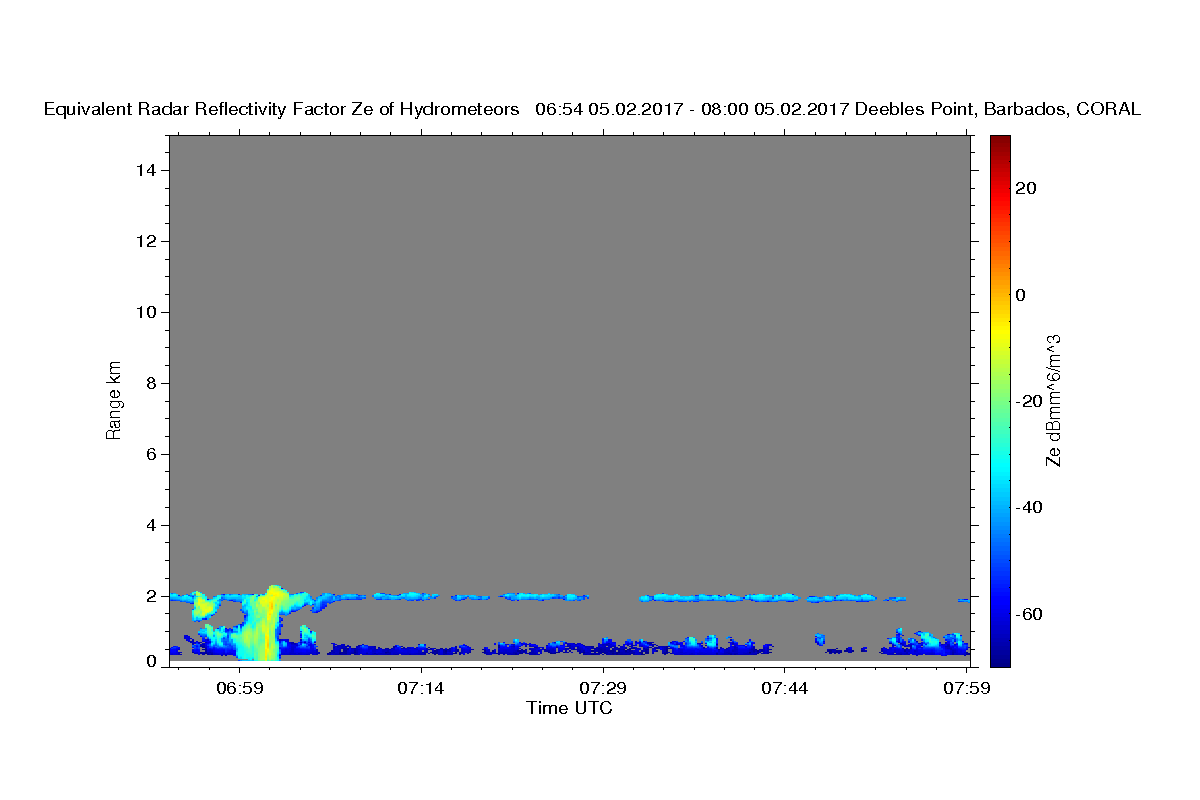 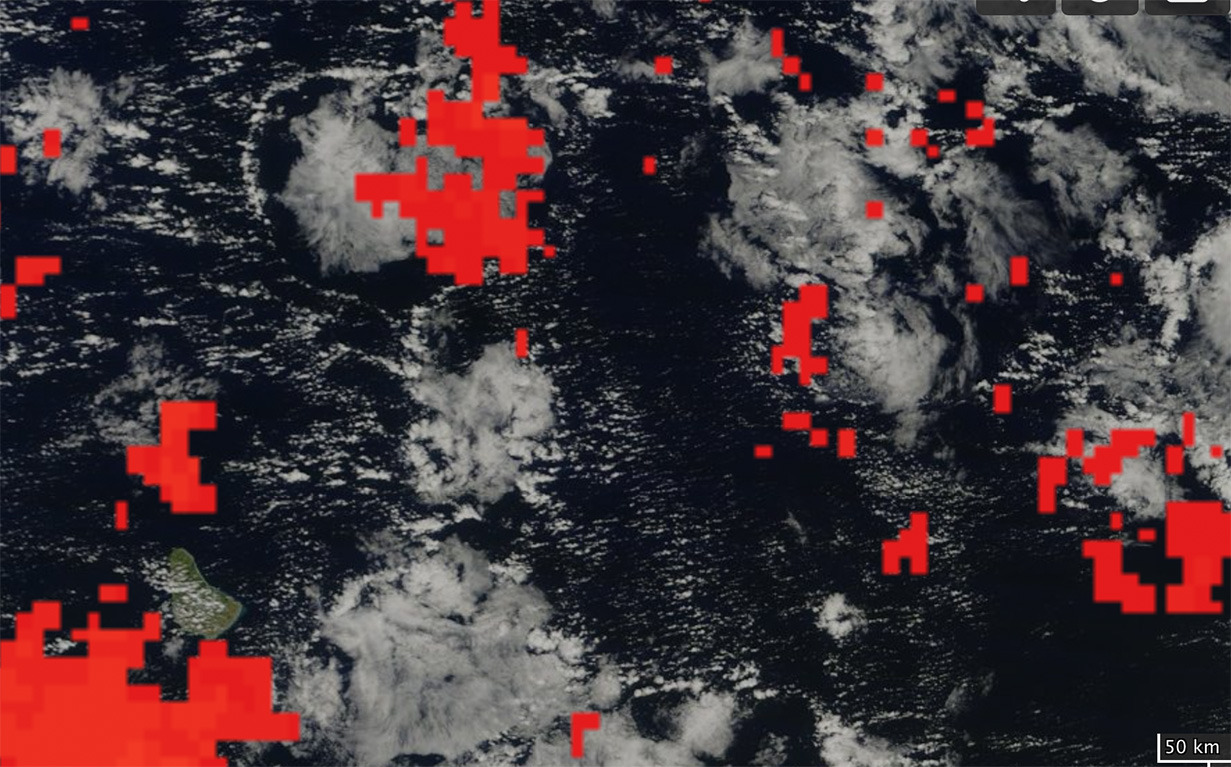 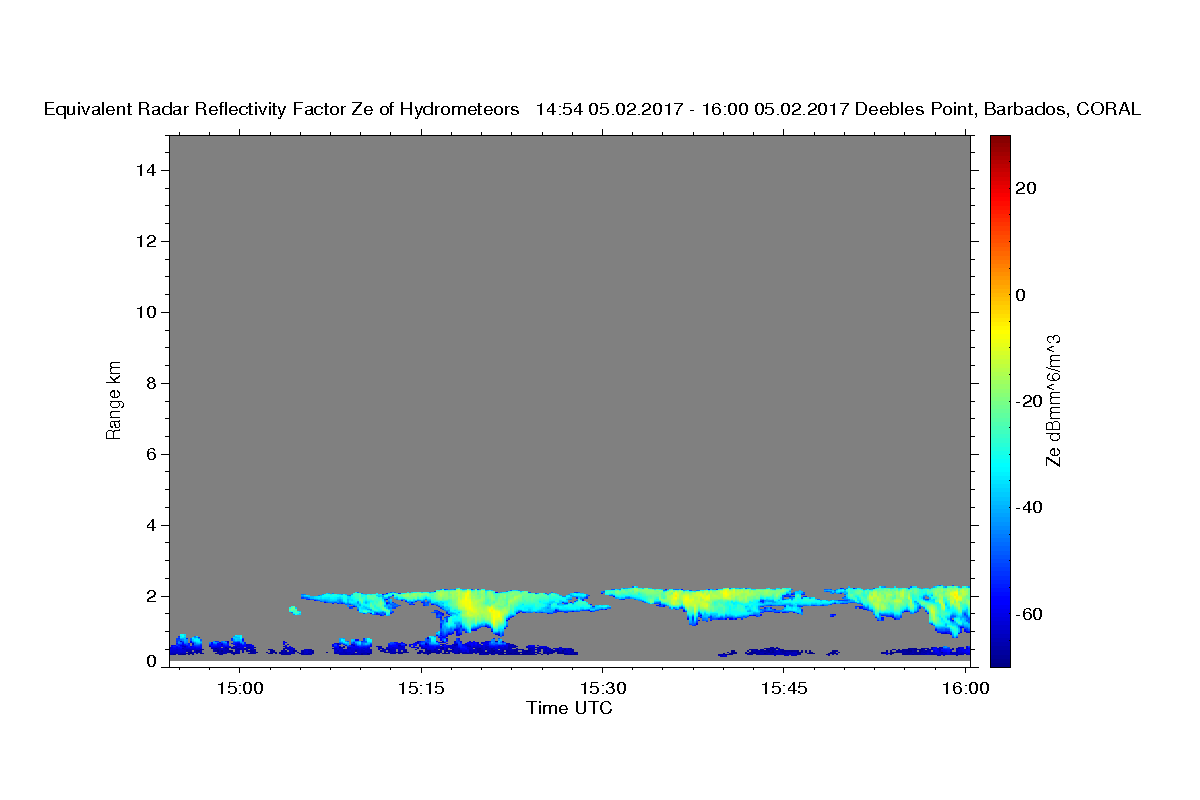 For the aerosol lover in all of us, compare the backscatter from Friday with that from 19 August (when we were flying around). 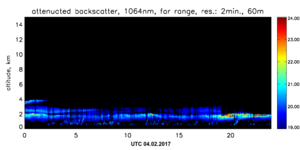 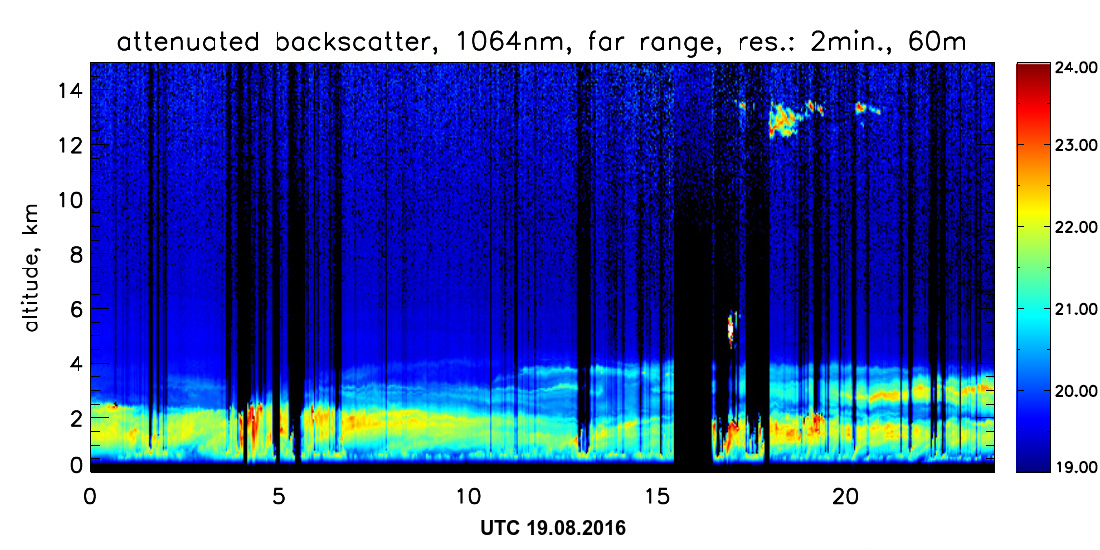