Looking just now at MODIS AQUA (A1) it seems that we had a nice cold-pool like arc move through our domain shortly before the image was taken. From its orientation the line was moving from South to North, the northern edge of the line just grazing the northern part of the island. This MODIS image (A1) was taken at about 1712 UTC.  Earlier there was another similar feature associated with the TERRA overpass (A2) at about 1407.

I had thought I might be able to see the radar representation of these systems more clearly, but unless I got the time wrong, it seems that the cells are too small scale to clearly associate the passing line with a radar echo. For this purpose look at A3 and A4 which are the radar images at the time of the Aqua and Terra overpasses respectively. Maybe what we see at 1330 UTC is the line that is a bit to the north at 1407, but the system at 1700 doesn’t look so impressive.

Right now we are not well set up to watch the passages of systems in real time. For next year’s preEUREC4A we will work on this. Coming up later in the week will be a look at the first 20 days of the ceilometer, and perhaps some fun thinking about how much the radiative cooling can vary from one sounding to the next. 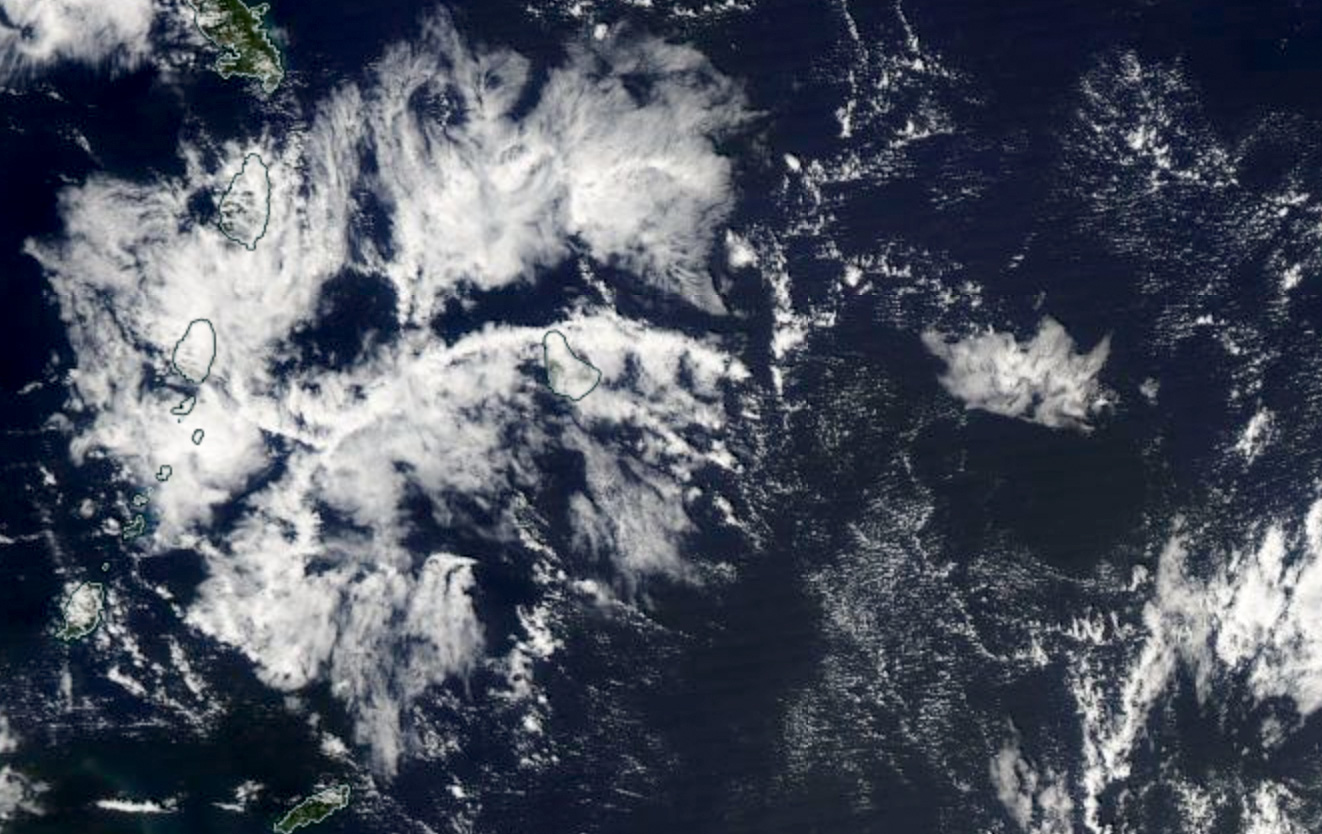 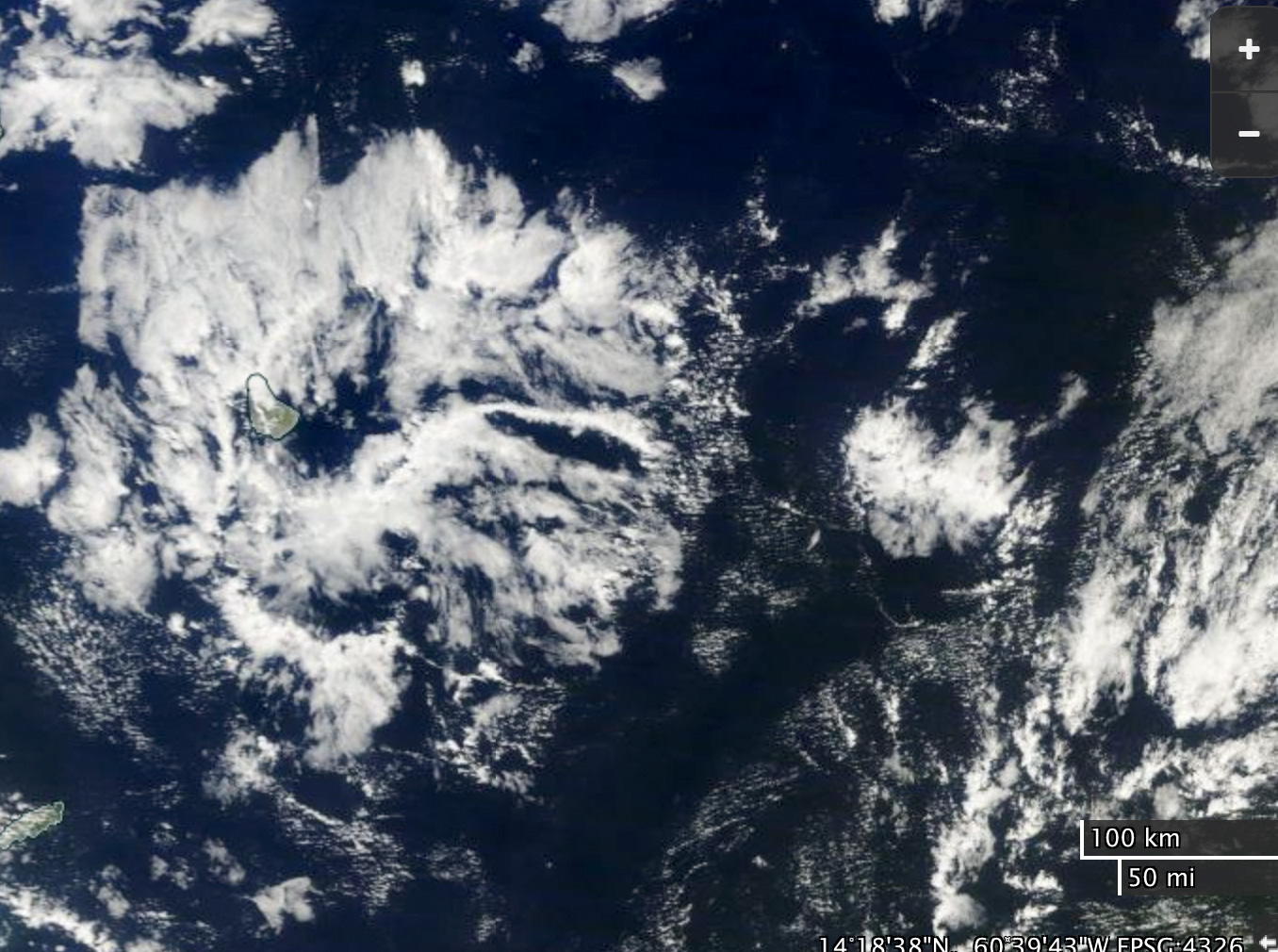 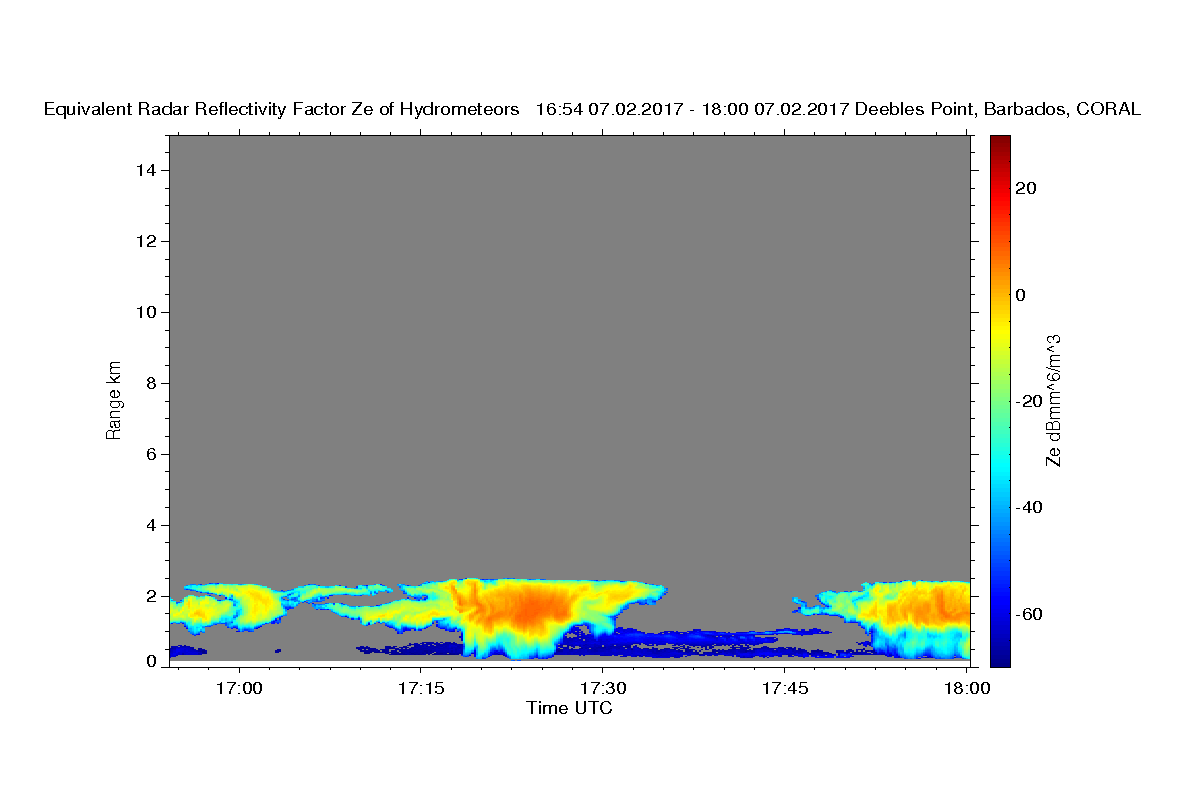 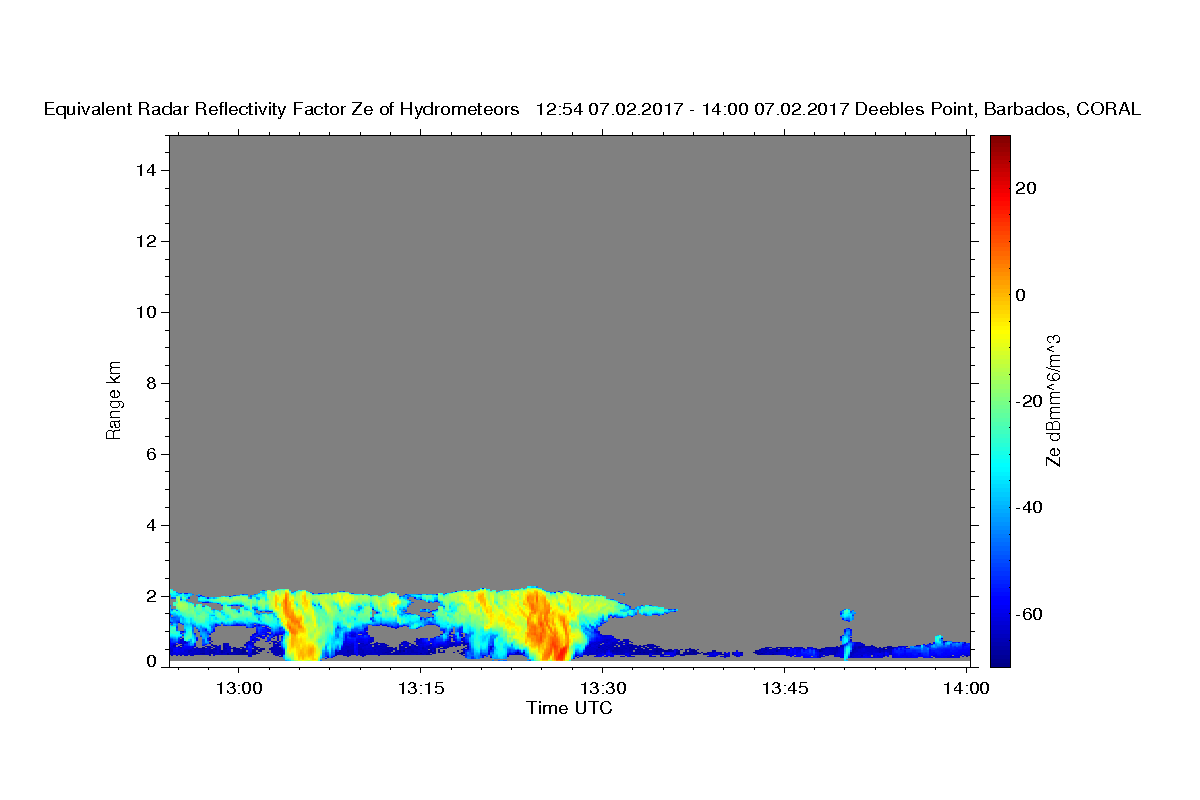